Alyssa Luksa is the Director of Child Life and Expressive Therapy at Children’s Memorial Hermann Hospital in Houston, Texas. Her desk faces the newly built Starlight Space and, every day, she sees kids shouting with joy as they step foot inside of the playroom for the first time.

“It really looks like you’re in a treehouse! Before, this room didn’t get a lot of action. But now, the volume of people coming into the room… it’s just so awesome,” Alyssa said.

Since 1990, Starlight has been transforming pediatric hospital spaces into colorful, entertaining oasis that can be enjoyed by young patients and their families. This Starlight Space was made possible by our longtime partners, Niagara Cares.

A Starlight Space that Motivates and Inspires

Alyssa and her team wanted a playroom that was inviting and would encourage kids and families to collaborate and interact with one another.

The hospital floor where the playroom resides is unique because there are seven patient rooms specifically dedicated to epilepsy monitoring. The Starlight Space is equipped with special cameras that monitor the children, so if a child were to have a seizure, it’s captured on camera and staff can quickly intervene. This is crucial data that the doctors use to determine future care for a child. Before the Starlight Space, kids could only be monitored in their rooms, but now they have a fun and safe space to go while they’re undergoing treatment.

It’s also a general pediatric floor, as well as a floor for neurosurgery kids who don’t necessarily need to be in the intensive care unit but still need a lot of physical and occupational therapy.

“A lot of the therapists use the playroom as a motivation,” Alyssa said. “They take the kids on a walk to look for the big indoor tree.”

Alyssa, in particular, remembers one instance where the Starlight Space made all the difference for three little kids who had suffered from so much.

“Three children came to us from an abuse-type situation,” Alyssa said. “These kids came in and had been isolated for so long, they didn’t want to be a part of anything. The very first time one of the staff members finally got one of the kids to go on a walk, the little girl shrieked when she saw the big tree. She ran into the room and now literally every day, they’re waiting at the door for the playroom to open.”

No Electronic Devices Beyond this Point

One of the most unique aspects of the room is that there is no video games or big screen televisions. This was very intentional.

There’s a schedule on the playroom of fun activities every afternoon that invites kids and families to do arts and crafts or participate in board game competitions.

“It’s amazing how many kids look forward to our afternoons of making slime or painting,” Alyssa said. “Kids don’t do enough of this stuff, so it’s really great to see them enjoying it.”

The Wait was Worth It

This Starlight Space was scheduled to open at the beginning of 2018, but when Hurricane Harvey hit in August 2017, much of the construction was delayed. After the storm, they found water damage behind the walls of the playroom that needed to be fixed.

But so many other parts of the hospital also had been damaged, such as operating rooms, so those repairs took precedent and the playroom had to wait.

Alyssa and her team are so excited the playroom is finally open and when we asked what her favorite part of the Starlight Space was… she said the dishwasher.

“People laugh at me because of that, but this dishwasher allows us to thoroughly clean our little piece Legos and our little toy cars,” Alyssa said chuckling. “It cuts down so much of our time the child life team has to wash those by hand!”

You can help us transform the hospital experience for millions of children when you make a donation to Starlight. We believe that all children deserve to enjoy the magic, wonder, and excitement that comes with childhood. 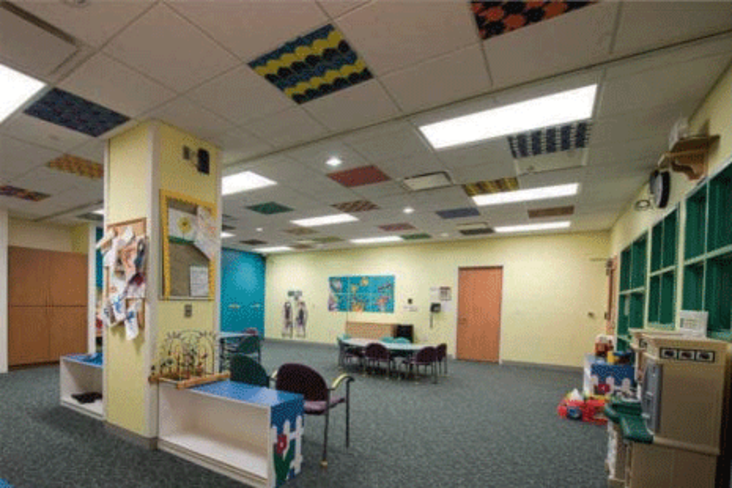 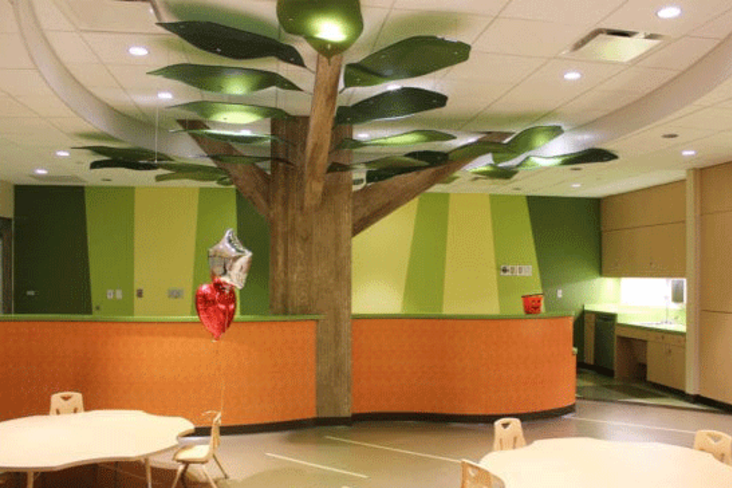 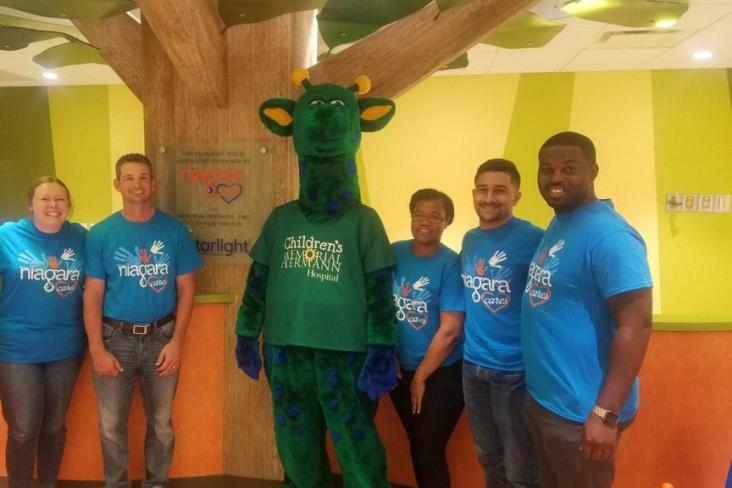 What is Medical Play?