“I was just a born gamer. I've been playing games ever since I was two,” eight-year-old Jay said.

Jay is a smart third grader, a real whiz when it comes to video games and he loves Nintendo more than anything. He’s your typical kid, except he’s been through things no child should have to endure.

Last year he was diagnosed with non-Hodgkins lymphoblastic lymphoma, he’s been undergoing treatment for the past year at Mary Bridge Children’s Hospital in Tacoma, WA. His mom, Angela, tells us that his blood levels are stable, but he still goes in once a month for chemotherapy and every three months he has a lumbar puncture to monitor any growth of lymphoma cells. If everything stays stable, he’ll finish treatment in December 2020.

The hospital knows about his love for video games, it’s pretty apparent. He wears his favorite Nintendo hat and usually has his Nintendo Switch in hand. He loves the Starlight Nintendo Wii U.

“Having the Starlight Gaming console used during procedures, such as dressing changes and blood transfusions, he’s completely distracted,” Angela said. “He will sit still and play.”

When we told Jay that we are building the Starlight Nintendo Switch for hospitals, his eyes lit up.

“The Switch is a great console, so expect a lot of kids to want it,” Jay said. “It would be a good idea to have a lot of them.” 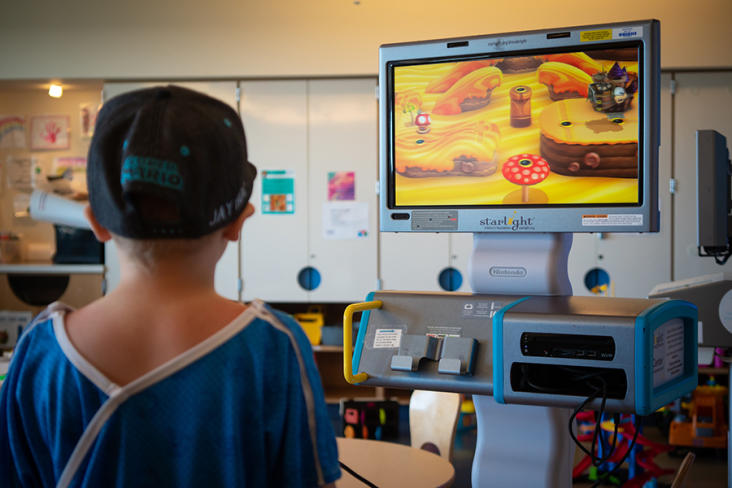 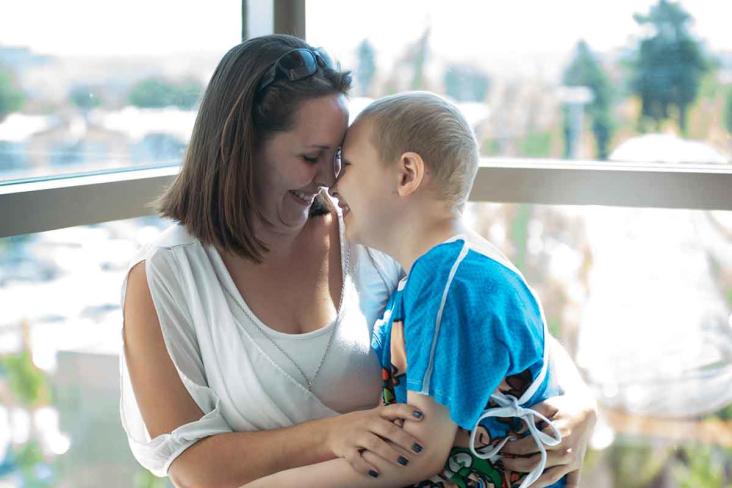 Jay and him mother 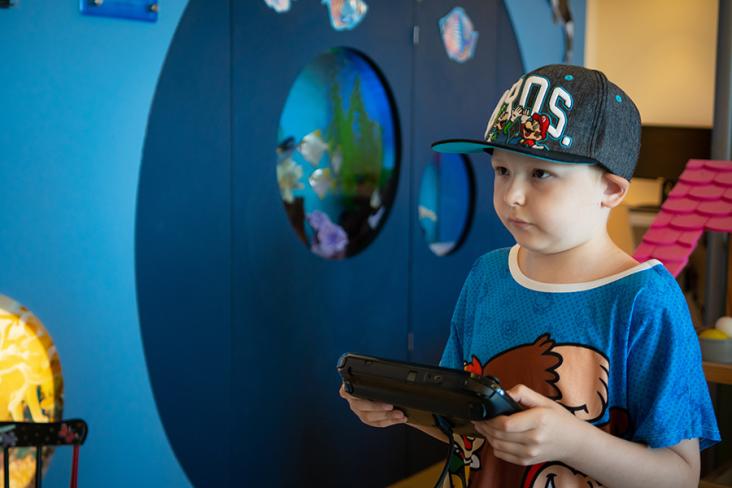 Jay with a Starlight gaming console

He also gave us some advice.

“I think you should definitely have it so it comes it with Luigis Mansion 3, that’s the new one,” Jay said. “Also, definitely have Mario Maker 2 and Super Smash Bros. Kids love those.”

Nintendo has partnered with Starlight for 27 years. The Starlight Nintendo Switch that will be unveiled in December is the 6th version of the console that rolls throughout the hospital, from the ER, to the waiting room or even up to a patient’s bedside. Kids can play by themselves or enjoy gaming or watching movies with siblings and other patients.

You can help make sure all of the new Starlight Nintendo Switches go to hospitals across the US. Fundraise for your local hospital.

“If I didn't have these Nintendo consoles in this hospital, my time here would have been a lot harder,” Jay said.