Finn is a curious, outgoing 5-year-old born with congenital heart disease. But you wouldn’t know about his condition by the way he lives his life. He started pre-school this year and can name 21 different species of sharks.

When you see Finn smile, you want to scoop him up and hug him. This little guy has had more hospital visits and surgeries than any person should ever experience. That’s the thing about congenital heart defects. There’s no cure, only temporary fixes until the next surgery.

While shopping for Thanksgiving dinner, Finn collapsed at their local grocery store and had a stroke. His brother, who is only a year older than him, stayed by his side while they administered CPR. He was admitted to Children’s Hospital of Philadelphia for a week and had to wear a cardiac monitor for 36 days at home. They also found a brain bleed, which the stroke may have caused.

One constant through all of his hospitalizations is the Starlight Gowns he wears. For the past two years, he’s been wearing our gowns, starting with the astronaut gown! His favorite is the elephant Starlight Gown designed by a fellow Starlight mom, and he thinks it’s hilarious.

“These gowns bring smiles and as a parent walking this walk, I can’t begin to tell you how valuable a smile is on my child’s face and mine especially during our darkest of times,” Kelly, Finn’s mom said. 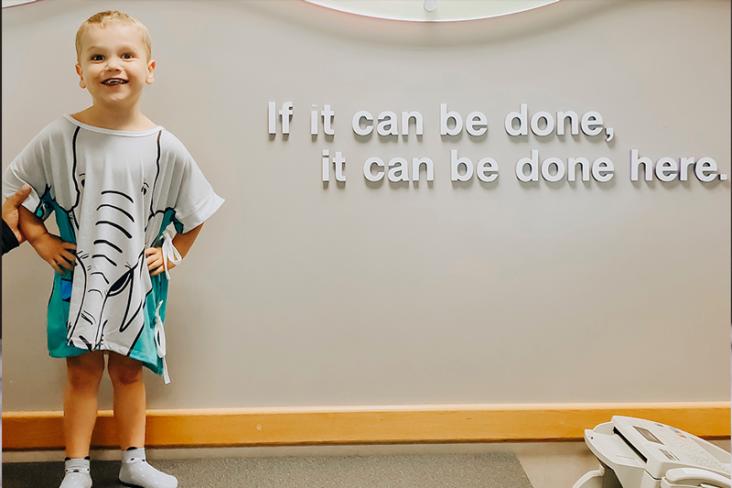 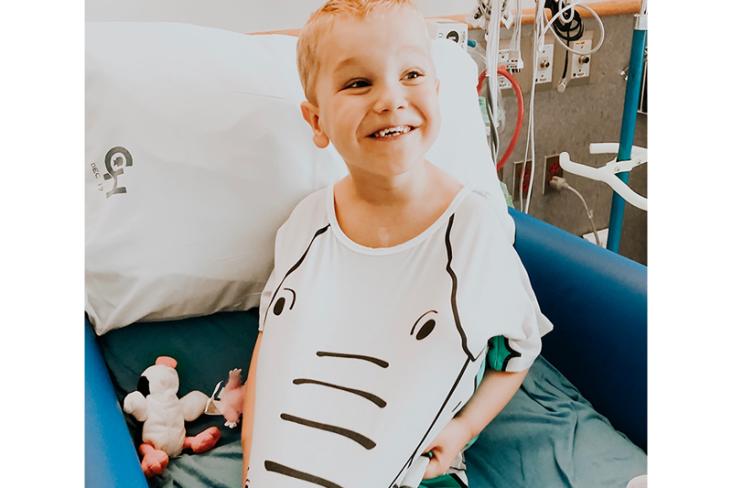 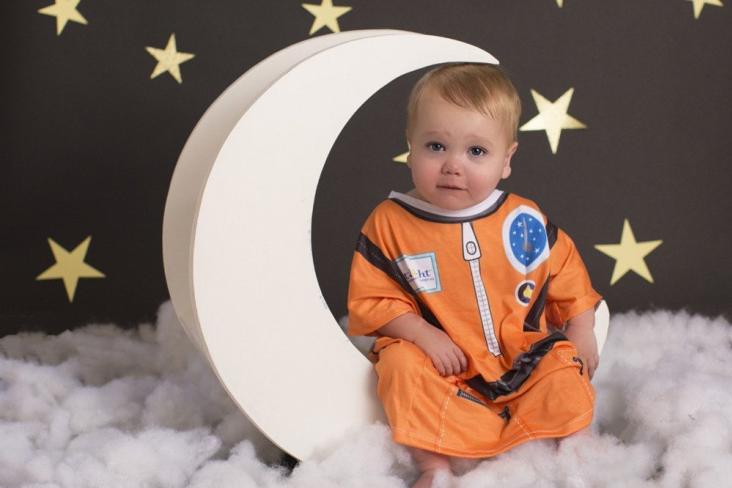 Besides the smiles they bring, they’re also more breathable for CHD heart warriors. Finn’s heart, like many other kids with heart defects, works twice as hard, which means he can overheat easily. Kelly says Starlight Gowns don't cause him to sweat so much.

Show your heart and donate today so kids like Finn can continue to receive Starlight programs that make their hospital stay a whole lot better. Just $25 can provide a Starlight Gown to a child in need!

Our CHD Heart Warrior Inspires Us to See the World Differently

Buy a Hammitt Bag, Give $100 to Starlight