“Becoming a mom, I didn’t know kids got sick. I didn’t know all the possibilities,” said Melissa. Riley’s medical condition introduced her family to a whole new world as Melissa sought support from families in medical communities going through similar situations with their child. 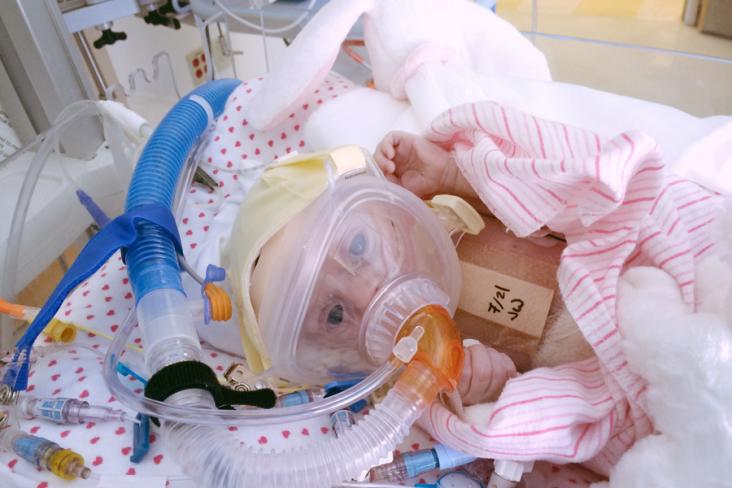 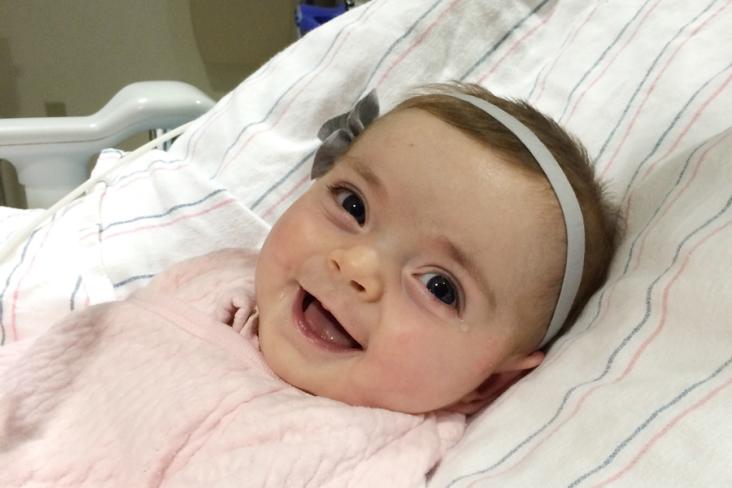 Melissa found out about Design-A-Gown from a parent that she keeps in touch with on Facebook, whose child also has a heart condition.

During Riley’s many hospital stays, she always had plain, standard hospital gowns. Riley loves rainbows, so Melissa designed a gown she thought would make her daughter smile. Their family sees the bright colors of rainbows as a promise that things will get better.

The ongoing pandemic has created new challenges for Riley and her family. Melissa and Riley have not left their house since March. Riley’s third surgery was initially scheduled for March, but rescheduled for May and then postponed again until June or July. When her surgery does take place, Riley likely won’t be able to have both of her parents in the hospital.

“She’s a tough little girl,” Melissa says about her daughter, “She has spent over 100 days in the hospital already in her short life…we know first-hand that a smile in a hospital is a big deal! Rainbows and hearts make my daughter smile, and I know my design would make other little kids smile as well.”

Melissa is one of three finalist designs that could become the next Starlight Gown, which would be distributed to hospitalized kids across the United States! Vote for Melissa’s design.