“Seeing my son in the hospital after surgery was terrifying. But, as soon as they introduced him to the Starlight Nintendo Wii U, his eyes lit up,” said Edwin Sr. “He started talking more. It was great just to see him be normal again.”

Right after Edwin Jr. had hip surgery, he and his family knew that the road to recovery was going to be long and painful. But thanks to Starlight Gaming, it didn’t have to be.

“At first, I was kind of in pain, but the Starlight Nintendo Wii U took my mind off of the pain. So, I just started focusing on the game more and I started having fun, I was actually entertained, and I was more calm and happy.”

That’s the power of video games.

12-year-old Edwin Jr. was born prematurely at 27 weeks with cerebral palsy. Shortly after birth, doctors say he suffered from a mini stroke. He’s had many hospitalizations and four major surgeries to correct his balance and to improve his quality of life. They included hip surgery, realignment of both knee joints, release of his gastrocnemius muscle on his right leg, and hamstring lengthening. Because of the amazing care of our hospital partner, Hospital for Special Surgery in New York City, he’s able to walk a lot easier, hold pencils and remote controllers.

“We’ve been blessed with a child with a disability. We take it for granted, some of the stuff that we do normally, but for him, everything that he does is a milestone and we celebrate everything,” said Edwin Sr.

And because of the many hospitalizations, he’s gotten really good at video games.

Edwin and his dad play Nintendo games together, their favorites are Mario Kart and Super Smash Bros, Edwin Sr. can’t seem to beat his son.

Starlight has partnered with Nintendo for 27 years to deliver Starlight Gaming to hospitals across the United States. Starlight Gaming consoles are designed to roll anywhere in the hospital and are specifically manufactured to meet strict infection safety protocols. They allow children to play video games or stream their favorite movies and TV shows from the comfort of their hospital bed or in a playroom with a group of kids. They provide seriously ill children hours of entertainment and a sense of normalcy while hospitalized.

Ever since Edwin experienced the Starlight Gaming console, his parents wanted to bring that happiness home, so they purchased a Wii U and a Nintendo Switch. 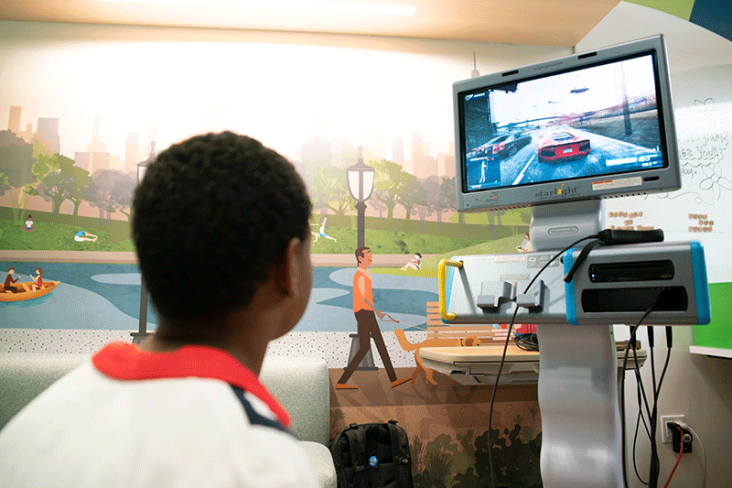 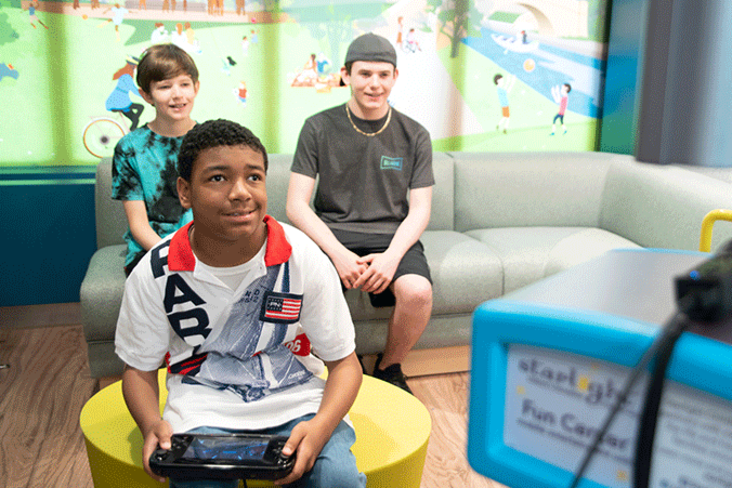 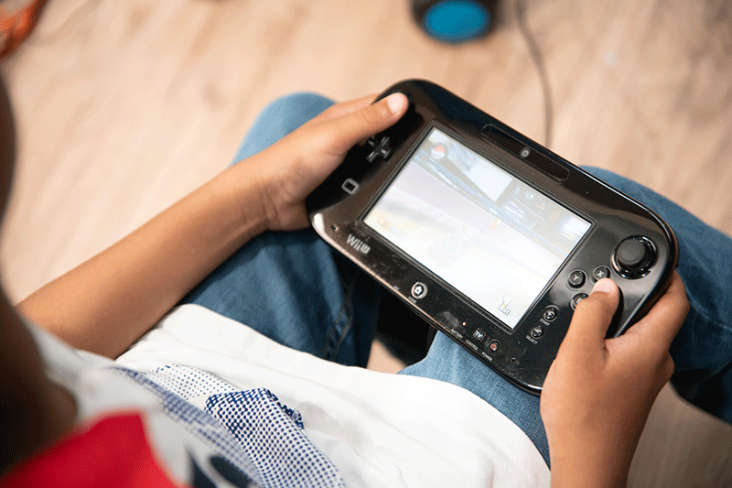 And Edwin’s mom, Monique, said her son wants to be a game developer when he grows up, especially to develop games for people with special needs. With Edwin Jr’s determined spirit, she has no doubt in her mind that he’ll do just that.

Video games provide comfort, normalcy, entertainment and so much happiness to seriously ill kids like Edwin.

Thanks to Nintendo, we are currently building the newest Starlight Gaming console. We want to make sure these are placed in hospitals all across the US for children to enjoy. Donate today to deliver happiness or sponsor a hospital and fundraise to deliver one for your local children’s facility!

‘Tis the Season to Give Happiness