Caleb is a rambunctious nine-year-old who loves sports, video games, his two dogs, and his family.

In 2015, Caleb’s dad, Lee, noticed swelling in his neck. A few weeks later, his mom, Blair, saw a lump on the roof of his mouth that was getting bigger. After completing a biopsy, Lee and Blair received terrifying results on their eighth wedding anniversary - Caleb, just two months shy of his fourth birthday, had cancer.

“I thought to myself, ‘He is just three years old and has his whole life ahead of him. How could this be happening?’” said Blair. “I couldn’t imagine what a three-year-old could possibly be thinking being stuck in the hospital against their will.”

Caleb was first diagnosed with acute myeloid leukemia, but his diagnosis later changed to histiocytic sarcoma, a rare cancer. It is so rare that Caleb was just the eighth documented pediatric case in the U.S. at the time. 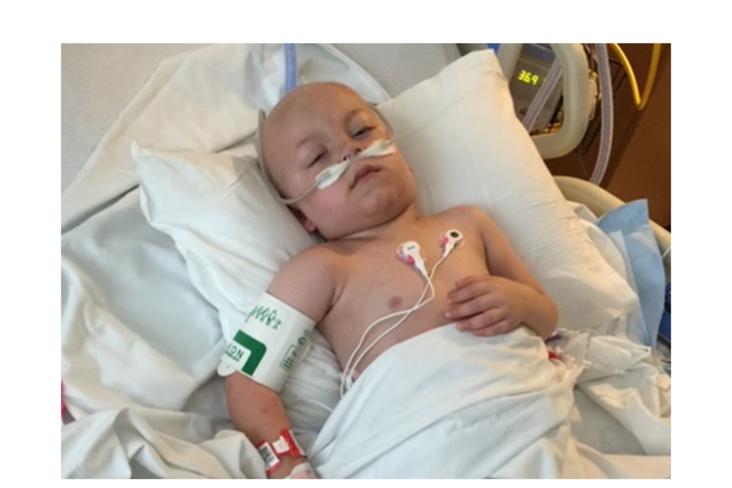 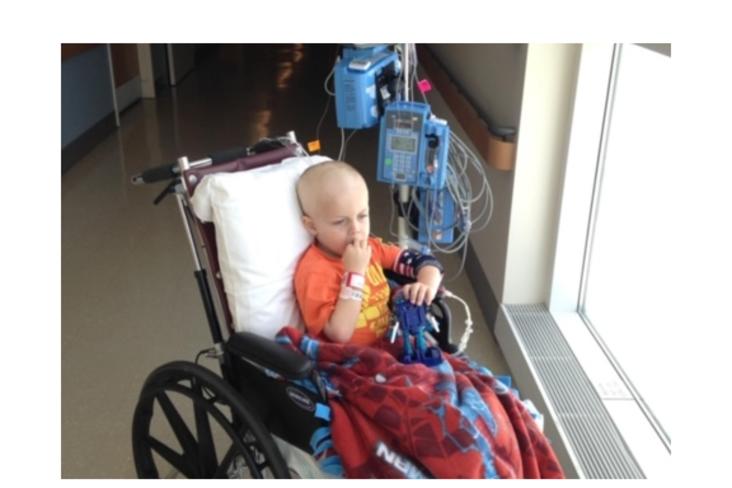 Experiencing childhood cancer is hard, especially when it’s a rare cancer without a clear roadmap of available medications and treatments. While at the University of Virginia Medical Center, the tumor in Caleb’s mouth grew to the size of a clementine.

Caleb spent six weeks in the hospital, receiving treatment, and fighting off infections. Hospitals can be boring and scary, but visits from animals and the University of Virginia athletes made his days brighter.

In June 2016, Caleb went into remission!

“Children undergoing treatments to survive life-threatening illnesses need to have smiles and need to know people love them and care for them,” said Blair. “It’s such a stressful time for kids. They have increased anxiety and experience anger or confusion. Having resources to put a smile on their face is incredibly important.”

According to CureSearch, every year, the parents of approximately 15,300 kids in the U.S., like Caleb’s parents, will hear the words “your child has cancer.”

September is Childhood Cancer Awareness Month, a time to acknowledge the thousands of children and their families dealing with a cancer diagnosis. Like Caleb, these kids spend countless hours in hospitals away from family, friends, and all the things that make being a kid special.

FosterDadFlipper Streams For Starlight and Shares Insight into Fostering and Adopting