Sometimes Lina will catch herself sitting in the loft, staring at pictures of Juan, her son, who passed away just a few months ago. She has other things on her to-do list, but instead, she takes a few deep breaths and allows all the memories to come flooding back to her.

“He lived life to the fullest,” Lina said.

During Juan’s 15 years, Lina was his primary caregiver, and in the last two years she quit work and school to become his full-time caregiver.

“He went from six medicines to 21 a day. It was like taking two steps back, so I had to start looking into what I could do from home,” Lina said. “We started doing fundraisers in the community to start raising money for his healthcare and travels for out of state appointments.”

Juan was born with a rare heart defect called hypoplastic left heart syndrome, which meant his left side of his heart was greatly underdeveloped. He was also diagnosed with plastic bronchitis, which caused severe respiratory issues. He passed away at Shands Children’s Hospital in Gainesville, Florida from a brain hemorrhage after a heart transplant. He was an organ donor to save other’s lives.

“He was so selfless in so many ways,” Lina said. “He was suffering so much, but never showed it. He was always trying to make everyone else laugh.” 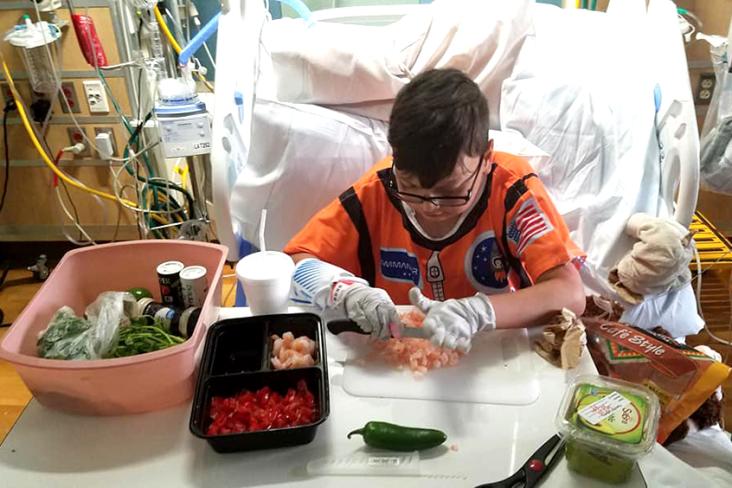 Juan, in his Starlight gown, cooking while in the hospital 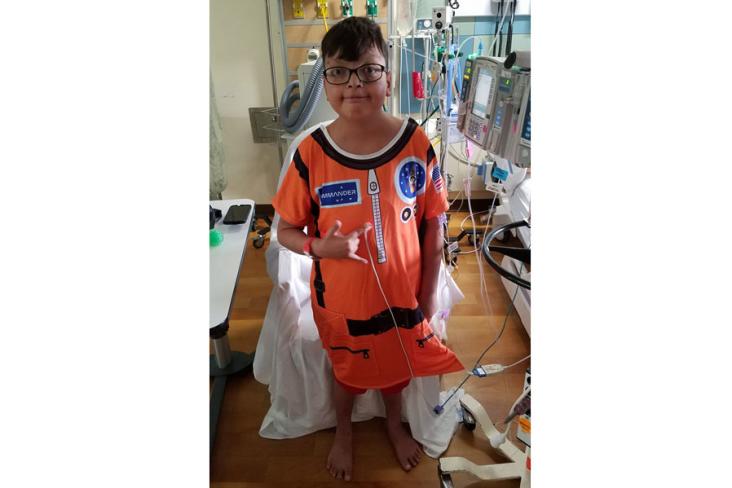 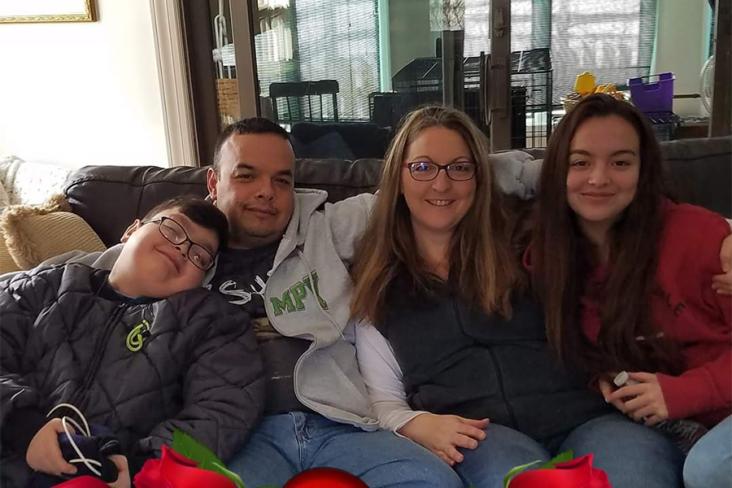 Juan with his family

November is National Caregiver Awareness Month, where we celebrate the courageous people who dedicate their life to care for others. For Lina, her motto was to make sure that each and every day was better than the last.

“We were a team. Sometimes I just wanted to sleep. Or he didn’t want to do anything. We had our days when me and my husband got aggravated or stressed, but then we just thought of Juan and realized it’s not going to help his situation,” Lina said.

She sought joy in everything they did together. Juan’s absolute favorite pastime was cooking. His nickname was Chef Juan.

When he was admitted to Shands Hospital for a heart and kidney transplant, the hospital became his second home and the staff an extended family. The hospital chef would make him special meals. Besides Lina being with him around the clock, she was so appreciative of how the hospital stepped in to also make sure he felt loved.

“He was so worried that people would forget about him once he got admitted to the hospital,” Lina said. “So, I took to my Facebook group and invited anyone and everyone to visit if they were able to. He loved having visitors.”

To anyone else who are caregivers to their children, Lina said two of her biggest things she recommends are going to the gym and creating a support system of family and friends.

Lina’s life looks a little different now. She’s applying for part-time jobs, and might go back to school to become a nurse. One thing is for sure, her desire to help others hasn’t changed.

She still keeps in touch with many of the parents she met in the hospital.

“Some days it’s hard, but I’ll text the parents, and I’ll ask how their child is doing and offer ideas and listen to them. Staying in touch with them helps me,” Lina said.

She still visits Shand’s Hospital often. She finds it comforting because everyone there was touched by him in some way.

As Lina prepares for her new life after Juan, she says keeping close with family, church and friends is what’s most important.

“When you feel yourself slipping, reach out to somebody, and try not to fall into a deep depression because it’s so hard to get out of.”

If you have a special caregiver in your life, treat them to lunch or give them a call to let them know how much you appreciate them. If you are a caregiver, we see you, and we thank you for your selflessness.

How Starlight Gaming Saved my Life